1 888 653 6028   /   617 674 2105   Apply Now
Announcement
TRAVEL UPDATE: We're open! Where can I go?
Tasneem
Johnson-Dollie
Tasneem Johnson-Dollie is a travel writer living in South Africa. She has experience in public health nutrition and worked as a dietician before launching her writing career. She loves bringing her passion for public health and sustainable development to every article she writes. Her travels around South Africa as well as to India, Australia, and Saudi Arabia have fueled her passion for exploration.
Travel
0 Likes
Share
Facebook
LinkedIn
Twitter 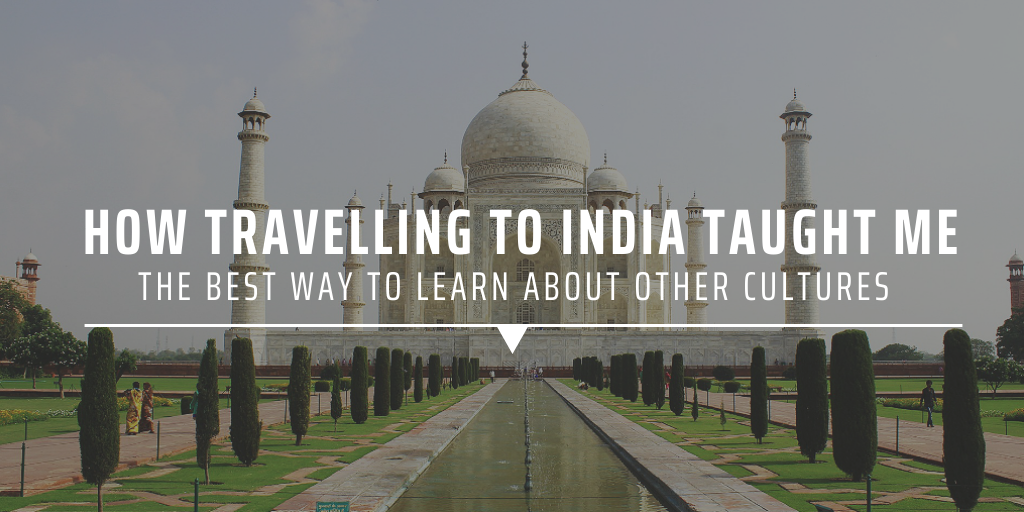 Coming from a South African family with Indian heritage, I took it for granted that a trip to India couldn’t be very different from what I was used to back home.

I told myself I’d see ladies dressed in saris and men clothed in kurtas, just like my aunties and uncles in South Africa.

But I quickly learnt that I knew very little about India despite my Indian heritage.

I was ten when I travelled to India

And I sat in the plane dreaming about the steaming curries sinking into soft mounds of basmati rice that we’d probably be having for supper.

My daddy sat next to me, and there wasn’t a time while we were travelling to India, or once we got there, that he wasn’t smiling.

We were going to Mumbai, the city that our Indian ancestry stems from. 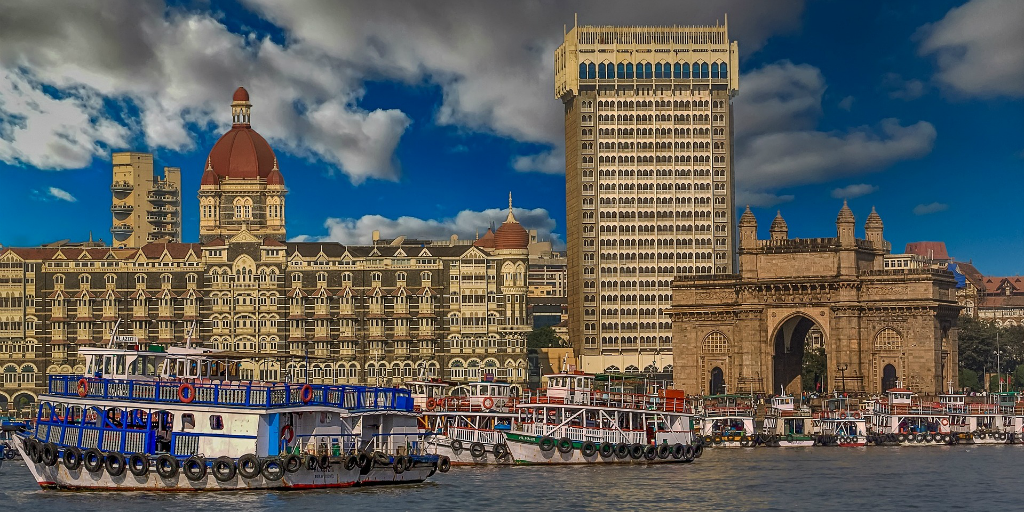 Original image: Mumbai by Walkerssk is licenced under CC BY-SA 2.0

What I thought my trip to India would be like

I’d always found my heritage interesting, but never took it too seriously.

Born in Cape Town, South Africa I’d grown up in a mixed-race family. My family was also made up of people from different religious backgrounds – my mommy came from a Christian background and my daddy from an Indian-Muslim ancestry.

My daddy’s extended family had always clung to their Indian culture. On special occasions their houses would be packed with people, and overflowing with crumbly naan Kitai – an eggless Indian cookie with an almond in the centre – and sticky jalebi – an Indian sweet. 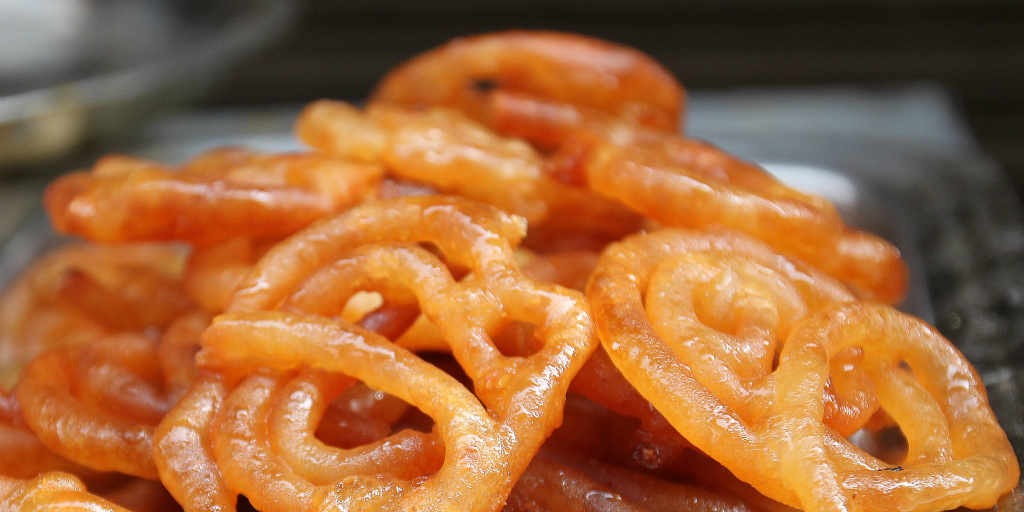 Everyone would be dressed in their finest Indian-wear – which to me seemed completely at odds with the fact that we ate with our fingers, but somehow it seemed to work.

Some of their Indian accents were so strong that I could barely catch what they were saying, but I kept listening anyway – as if their accents were a snake-charmer’s melody and I was the snake.

And even outside of my family, Indian influences seemed to be all around Cape Town. I’d sense it when I walked into a babbi shop – the nickname for an Indian-owned shop in Cape Town – and smelt the subtle scent of Indian spices that stayed in the air.

But in reality, my exposure to Indian culture was limited.

I realised this on my first day in India, when my eyes told me a story that was at odds with what I’d assumed.

Getting context on Indian religion and culture

Firstly, I thought that India would be filled with Muslim people.

In my mind, I saw a myriad of mosques poking out between buildings, with a sprinkling of Hindu temples scattered in between.

Of course, in reality, people who practise Hinduism make up more than 80% of the Indian population, with Muslim people accounting for just over 10%. Every trip down the road took us past many Hindu temples and shrines – this after not having seen a temple or shrine before. 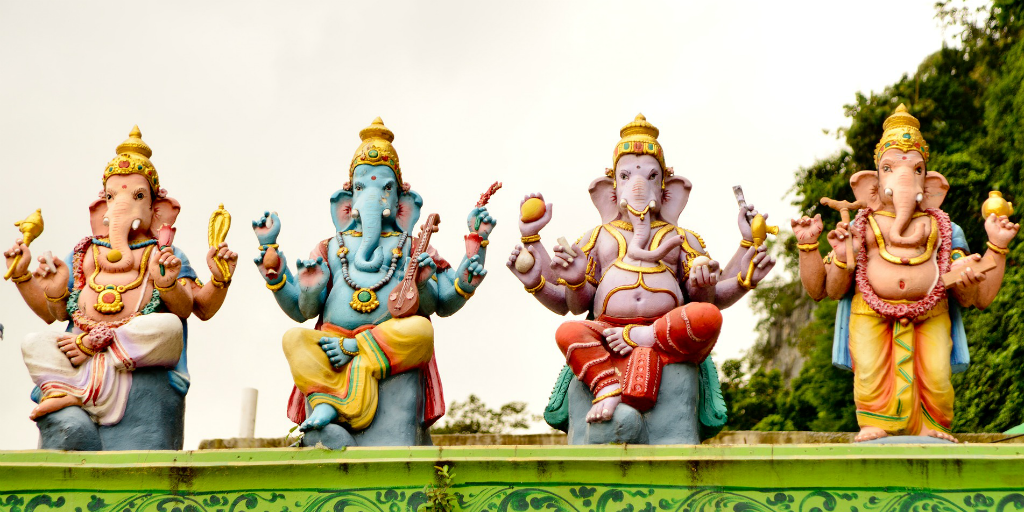 Original image: Hindu by alanbatt is licenced under CC BY-SA 2.0

And with my interest piqued, I took every opportunity to learn more about Hindu culture.

In the alley at the back of our three-star hotel, just outside our bedroom window, there stood a make-shift Hindu shrine draped in yellow and red fabrics and frilly flower-garlands.

We’d hear the tinkling of a brass bell and jump out of bed. We scrambled to get our hair and teeth brushed and grab something decent to wear. Then we’d race to the shrine and join the bee-line of people waiting to be blessed with a bindi.

If we got there early enough we’d catch the shrine-owner lighting incense sticks that threw swirls of smoke into the air. Then he’d methodically mix the paste he’d use to make bindis – a colourful dot placed at the centre of the forehead, a symbol of piety in Hindu tradition.

But my favourite bit was getting to the front of the queue and smiling up at the shrine owner. Holding his bindi-making stick, he would smile back at me, greet, and slowly dot my forehead, like a magician flicking a wand.

India started to seem like a much bigger place to me as I skipped away from the shrine with my forehead freshly dotted. 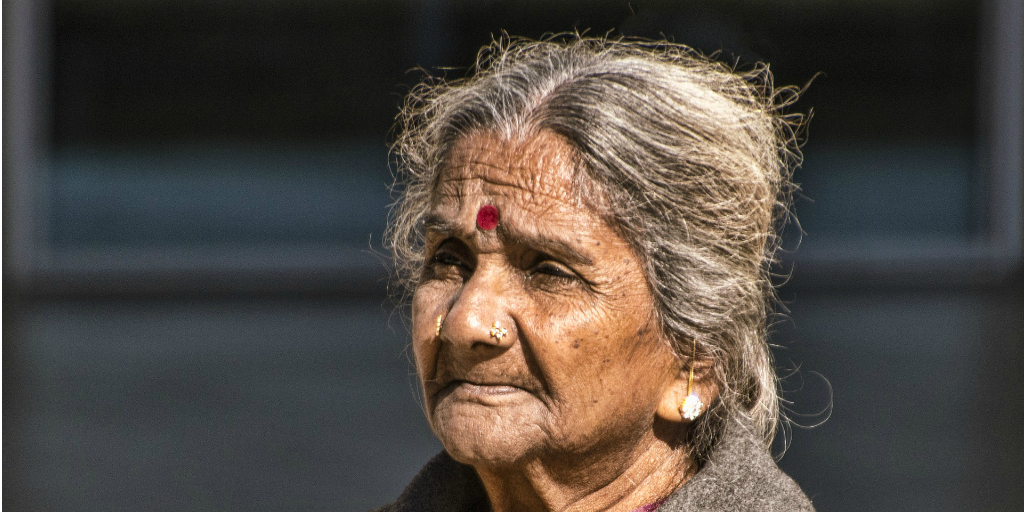 An Indian woman with a bindi.

Original image: Lady by shauking is licenced under CC BY-SA 2.0

Taking a closer look at my Indian culture and heritage

My realisation that religion in India wasn’t as straight-forward as I thought started to change the way I saw the country’s culture.

For one, it made me more aware of how many different types of Indian people there actually are.

Every walk-around was now accented by my swiftly-swivelling head, trying to take in all the different types of people I’d missed before.

Yes, there were some that looked like my family, but there were some people that I would never have guessed were Indian at all, since their features were so different from any Indians I’d seen before.

And as I scanned the crowds, I was struck by some people who didn’t even dress in traditional Indian clothing.

Cutting through the confusion about clothing for Indian culture 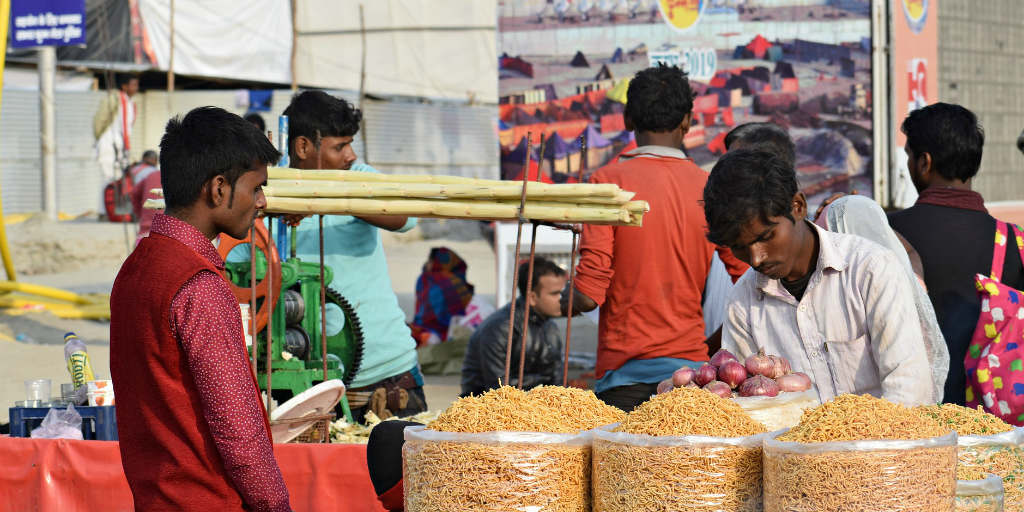 Don’t get me wrong, saris and kurtas were certainly in the mix, but my culture back home had taught me that wearing your Indian clothing was a big part of what made you Indian.

It was after seeing more and more people in India who weren’t dressed traditionally that I finally figured out that their dress code wasn’t what made them Indian.

But what I saw at the end of a busy day in Mumbai’s city centre really made my preconceptions about Indian clothing fall apart.

As I watched the sun stretching its final rays over a cobblestone square, a young woman cradling a sleepy baby wafted into view, and walked swiftly towards a fountain at the square’s centre.

She was dressed in a traditional Indian skirt and tunic, coloured with tangles of red and purple woven into bands of green and gold.

The wide shawl-like scarf draped over the top of her head tumbled down her back and billowed out around her arms on either side. 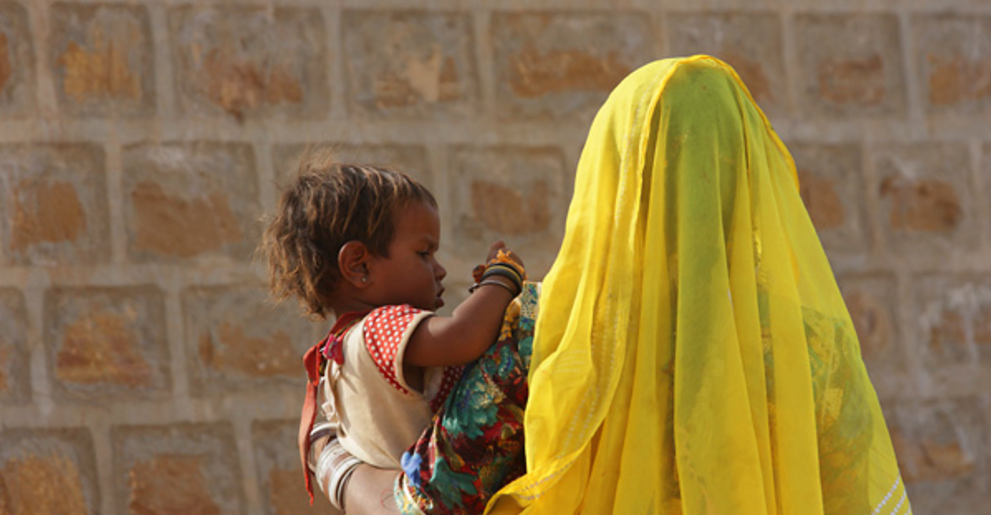 Original photo: “mother, baisakhi” by nevil zaveri is licensed under CC BY 2.0

She stopped in front of the fountain and bent over, swinging the scarf off of her head and laying it down on the cobblestone floor in one swift motion. Then she sunk down on top of the scarf, setting her sleeping baby down beside her.

I looked around anxiously, waiting for an aunty to appear and give her a talking-to about soiling her special scarf. But no-one came.

I turned to my daddy and told him what she had done. He smiled back at me and said “Yes she’s going to sleep now”, completely dismissing my attempt at getting her into trouble.

I was confused by what had happened, and I left the square not with a sense of anger, but a sense of sadness that I just couldn’t understand.

Today, of course I’ve got a fully formulated answer.

It was partly because the glittering image of India I’d made up in my mind also proved to be a place where people could live in poverty. I was sad that I’d not realised this sooner, that I’d made big assumptions about a place I’d never been to before.

And then there was the fact that “special” Indian clothes in India are just called clothes. And for this woman, using her scarf as a layer of protection made much more sense than being pedantic about keeping to the clothes’ care instructions. 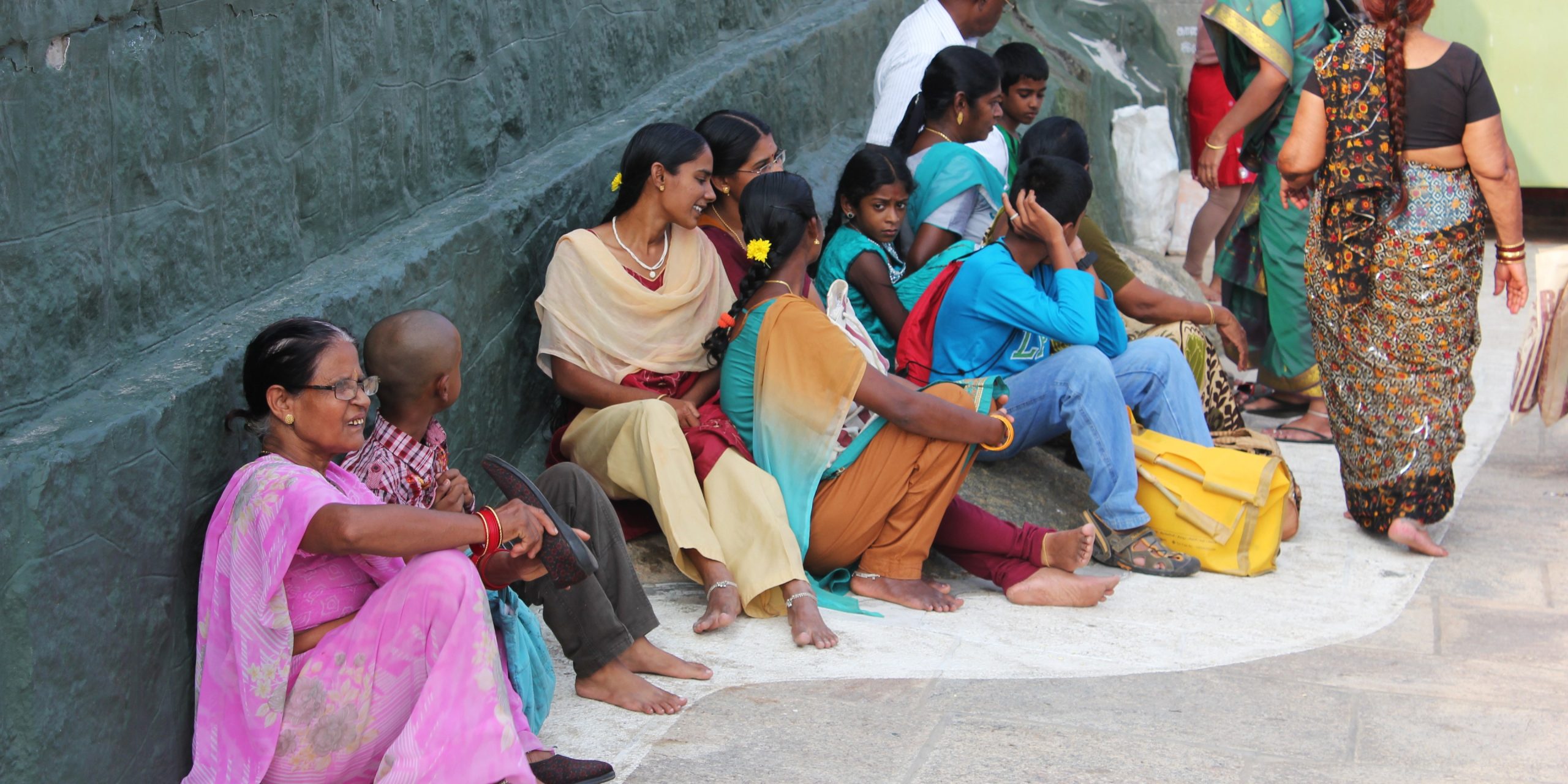 In this sombre mood I started the walk back to the hotel, with my daddy holding onto my hand. We never expected what was waiting for us just around the corner.

My first experience interacting with wild animals in India

We ended up walking along a harbour walkway, peering over the edge and into the dark water slapping at its side. We started to hear a tup-tup-tup beating up from out of the blue, and instinctively headed straight for it.

To my delight, we stopped in front of a street musician who had a monkey as a backup drummer!

They each held an instrument I’d never seen before. It was a small drum, attached on one side to a stick, which was held between the palms. The drum had two strings, each attached to an opposite end of the drum. Each string had a single cork pellet tied to its end.

The tup-tup-tup was created by rolling the stick between the palms to make the cork pellets beat against the little drum.

I didn’t know that monkeys could play instruments. I smiled throughout the performance – especially the part where the monkey collected money from all the spectators, then jumped back onto his owner’s shoulder.

One of my first thoughts was how funny it was that most of my family members didn’t even own pets, never mind interacting with wild animals. 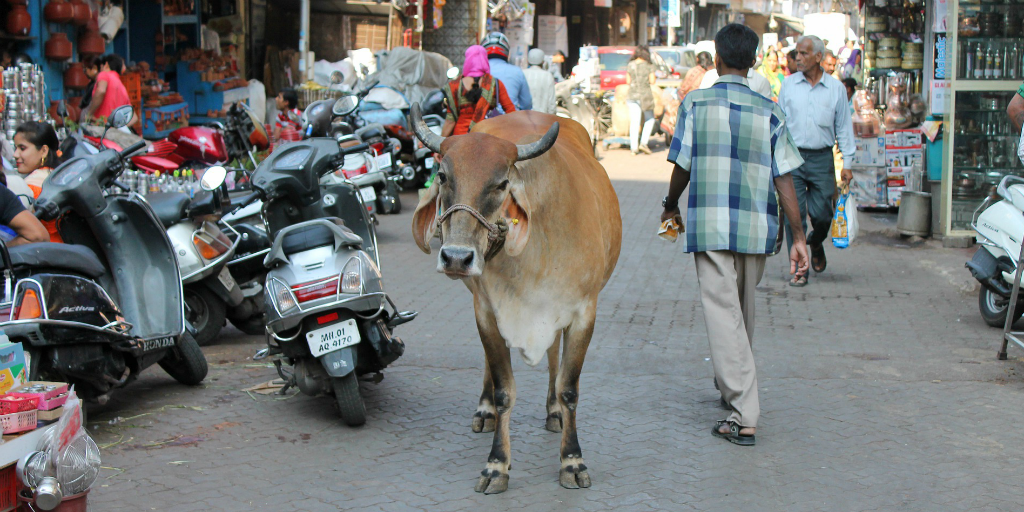 But I now know that this type of interaction was not an ethical way to interact with animals in India, or anywhere else for that matter.

But because to me India is no longer just some place on a map, when I think of this experience I try to understand why this was – and is – a big part of the country’s culture without judging something I still don’t fully understand.

What India allowed me to take home

When I left India I was too young to understand how it had changed me, but I could feel that something was different.

I’ve been to other places around the world since then, but India was the first place that I got to take a look at myself and my place in the world in a meaningful way.

It taught me that travelling to other countries is the only way to truly learn about other cultures without missing all the subtle stuff that not even Google could cover completely.

My trip to India has improved the sensitivity with which I approach every aspect of my life.

And it’s also led me to wonder.

If we’ve taken all we know about other cultures from what we’ve seen back home and what we’re taught in school, then how well do we really know about each other after all?

Visit India for yourself and take an opportunity to immerse yourself in culture, and learn about another culture in a meaningful way.

Tasneem Johnson-Dollie is a contributor for GVI, and an alum of the GVI Writing Academy. The Writing Academy is a skills-development program that pairs development editors with budding travel writers. Learn more about the program here.