1 888 653 6028   /   617 674 2105   Apply Now
Announcement
TRAVEL UPDATE: We're open! Where can I go?
Megan
Colborne
Megan Colborne is a content writer from South Africa with a passion for travel and adventure. Megan has an honours-level degree in Journalism specialising in writing and editing, as well as digital media. Before starting at GVI in 2019, she spent a year working in Spain, and travelling to other European countries like Amsterdam, Switzerland, Ireland and France. Megan is also an alum of the GVI Writing Academy.
Marine Conservation
0 Likes
Share
Facebook
LinkedIn
Twitter

Ten interesting facts about whales that you probably didn't know The oceans are home to one of the world’s most fascinating species – whales – some of which are little-known to most people. So, dive in and check out these ten interesting facts about whales.

Whales are a species that tend to evoke a sense of mystery – probably because they live deep beneath ocean waters and aren’t a common sight to most.

But, the more we know about this species of cetaceans – whales, dolphins and porpoises – the more we can do to play an active role in their conservation. So, get your feet wet with these ten facts about whales that you probably didn’t know. 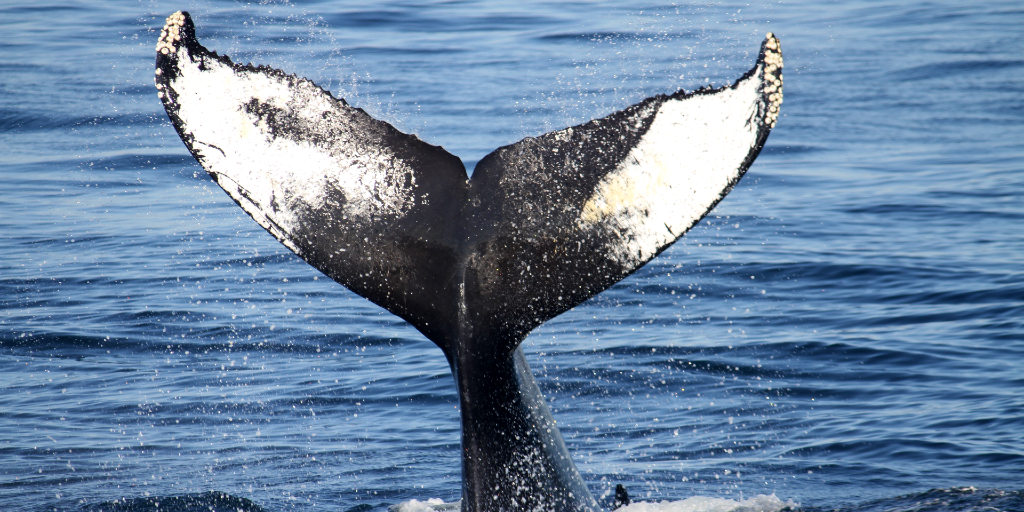 Original image: “Whales” by kohane is licensed under CC BY 2.0

There are two types of whales – the baleen whale, which includes 14 species, and the toothed whale, which is made up of 76 species.

The key differences between the two types of whales are the food they eat and the way they go about eating.

Baleen whales have baleen plates, or filter-like sheets, which are used like a kitchen sieve to strain small organisms such as krill, fish, plankton and algae from seawater.

Toothed whales on the other hand, have teeth and actively prey on fish, squid and other larger marine animals.

Another difference between baleen and toothed whales is the number of blowholes they have – baleen whales have two, while toothed whales only have one.

2) Not all whales live in groups, or pods 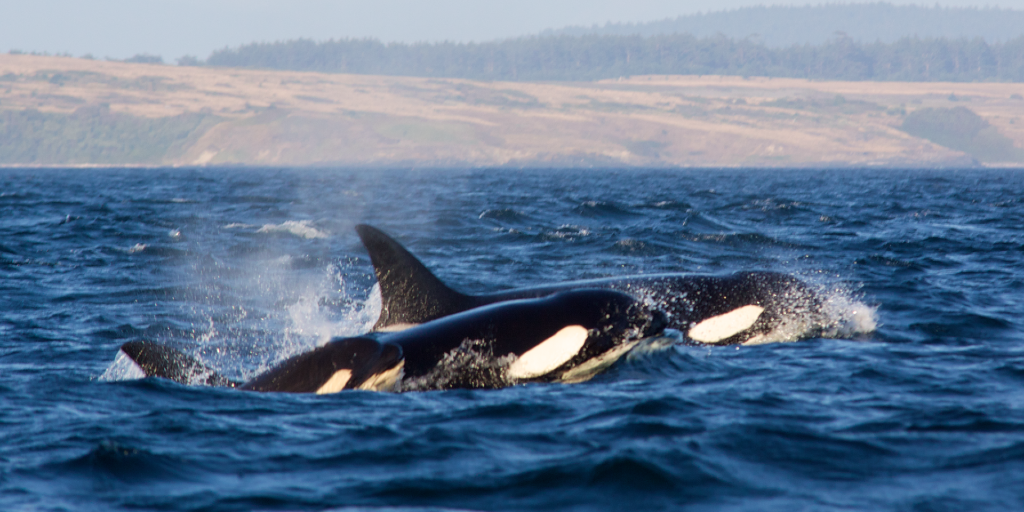 Original image: “Orca Family” by DrTH80 is licensed under CC BY 2.0

At large, cetaceans are a social species that tend to travel in groups, called pods. But this isn’t the case for all types of whales.

This is because a “pod” usually refers to a group of related whales who come from the same family or bloodline. While this is a common occurrence among whales, and toothed whales in particular, it cannot be said to be the norm for all types of whales.

Larger baleen whales often travel alone, or occasionally in very small groups and only congregate when searching for food, feeding or breeding.

3) Humpback whales don’t eat for most of the year 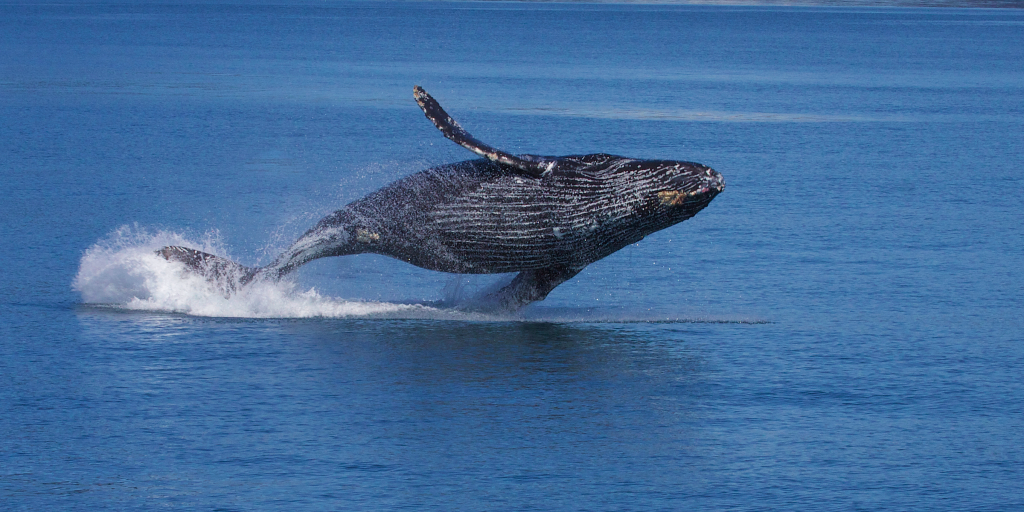 Now, this is a fact that may surprise you. Humpback whales from the southern hemisphere can go without food for up to seven and a half months.

But why would any creature choose not to eat for that long?

Well, fasting allows humpback whales to allocate all of their energy to migration and reproduction.

So, as a result, these enormous whales will hunt and feed during the summer months, eating up to 1360 kilograms per day, and fast during mating season in the winter months – living off their fat or “blubber” reserves in order to focus all of their energy on migration and mating.

One of the most interesting facts about whales has to be that they play a key role in helping to reduce the impact that climate change has on the planet.

The daily movements of whales help to circulate nutrients throughout the ocean, which promotes a healthy ecosystem, and encourages the growth of phytoplankton.

Phytoplankton are tiny organisms which trap large amounts of carbon from the atmosphere and contribute to at least 50 percent of all the oxygen in our atmosphere.

So, the more whales we have, the more phytoplankton we’ll have in the ocean, and the healthier our oceans and atmosphere will be. 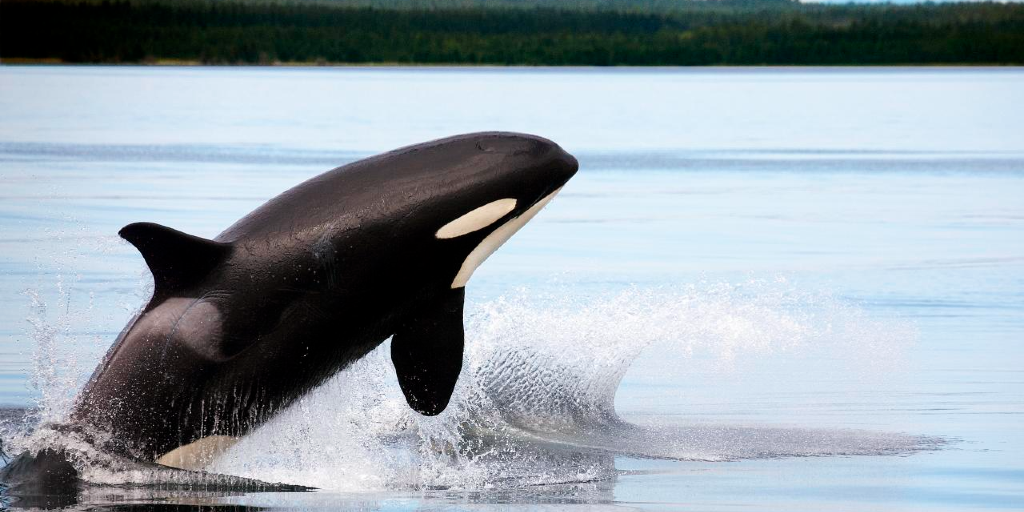 Original image: “Born free. A killer whale dancing in the sea.” by Christopher.Michel is licensed under CC BY 2.0

Although it’s name may suggest otherwise, the “killer whale” or Orca, is a toothed whale that actually belongs to the dolphin family.

But wait, if they’re “toothed whales” then doesn’t that make them whales?

Orca are classified as toothed whales because of their suborder, but their specific family name under the toothed whale suborder is Delphinidae – or oceanic dolphins.

And, when you really pay attention to an Orca’s physical attributes, this can start to make a lot more sense. They are actually a lot more similar in appearance to their dolphin relatives than to other whales.

The orca’s ability to echolocate (produce short pulses that sound like clicks to the human ear) when trying to locate food is another characteristic that is specific to this subspecies.

Unlike fish, whales and dolphins have a lot more in common with humans when it comes to breathing and can’t actually breathe underwater. These aquatic mammals have lungs for breathing air, which they do through a blowhole on top of their heads.

However, despite their inability to breathe underwater, whales and dolphins are capable of holding their breath for extremely long periods of time. In fact, the longest recorded dive by a whale was 137 minutes long.

7) Blue whales are the largest animals to have ever lived 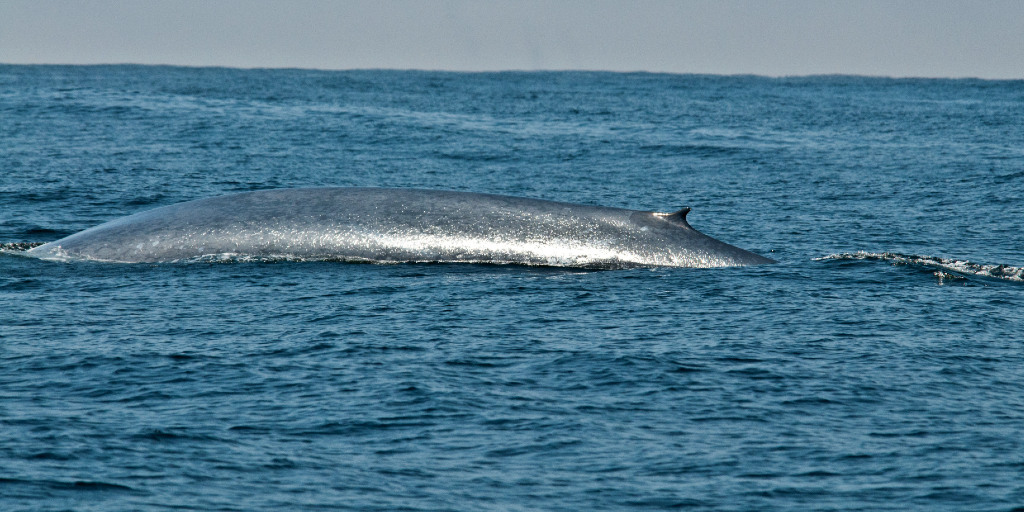 Original image: “Blue Whale (Balaenoptera musculus)” by jkirkhart35 is licensed under CC BY 2.0

This is one whale fact we still can’t quite fathom – blue whales are the largest animals that have ever lived, even bigger than the biggest dinosaur!

Blue whales can reach a whopping 34 metres long and weigh twice as much as a school bus at around 172,365 kilograms.

Now, that’s one whale we would not like to come face to face with.

When it comes to ear wax, whales aren’t all too different from us. Just like in humans, ear wax is formed by oils that are secreted by the glands in the whale’s skin.

As whales go through their annual routine of summers spent eating and winters spent migrating – the wax inside of their ears changes from a lighter to a darker shade. As this trend continues over the years, layers of earwax are formed in alternating shades.

And, much like trees, you can count these alternating bands of colour to estimate the age of the whale – which scientists have been doing since the 1950’s. 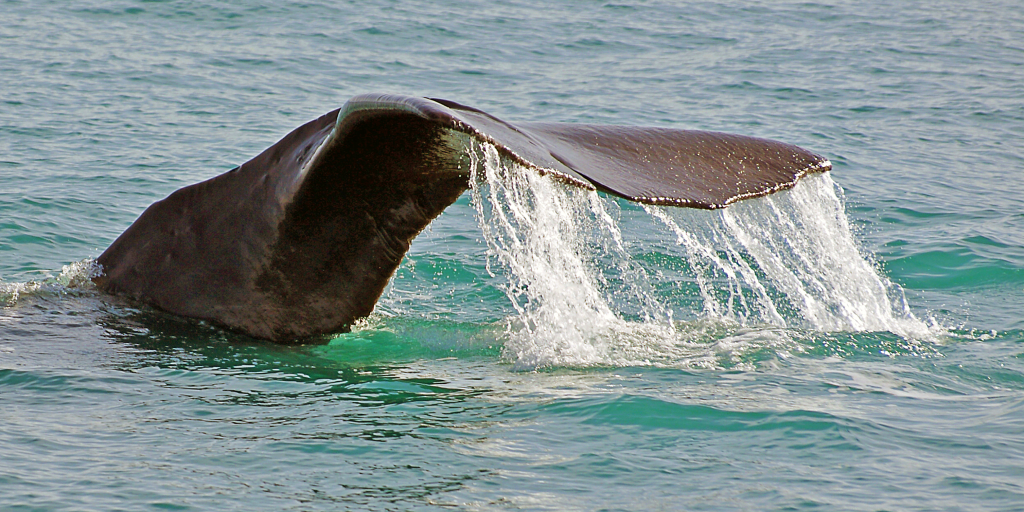 And the winner of the world’s biggest brain goes to…

Just like human fingerprints, each whale has a tail that’s unique to them. And this is how scientists are able to identify them.

In the same way that the patterns and grooves on our fingertips are unique, so are the undersides of a whale’s tale.

Their slits, grooves, and brown algae spots are distinguishing characteristics that are gained over time and can’t be replicated by another whale. 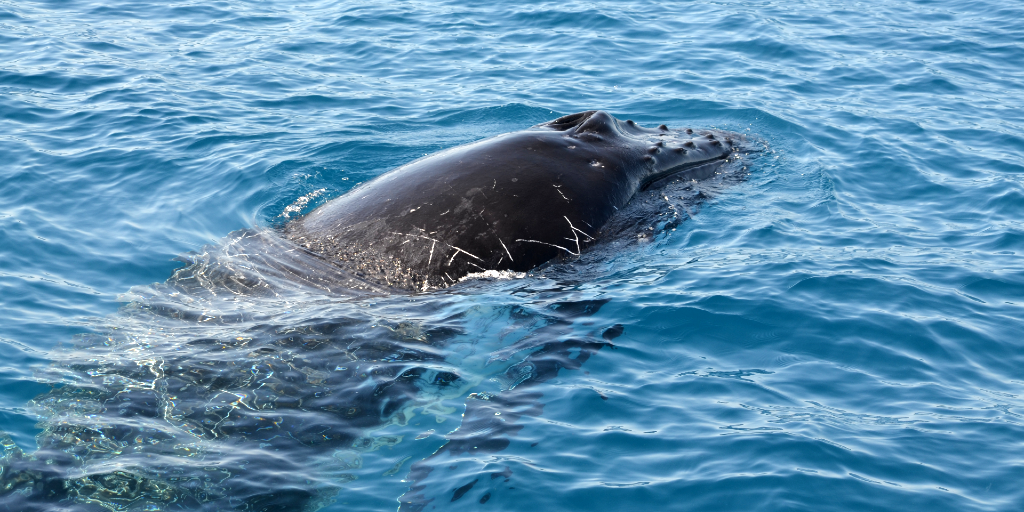 Contribute to whale conservation in Tenerife

A large portion of the whale species is under threat of extinction.

With hundreds of thousands of whales and dolphins killed each year due to hunting, commercial fishing bycatch, habitat loss and more – this shouldn’t come as a surprise.

But, what can you do to help?

Well, by getting involved in a whale and dolphin conservation program in Tenerife, you can work towards the conservation of these species by collecting valuable data and information that could help to inform conservation efforts surrounding the species.

You will also get the chance to educate tourists on safe and sustainable ways of whale and dolphin watching, as well as sustainable food choices that won’t cause any negative impact on the species or their environment.

Now that you’re clued up on all the facts about whales that you probably didn’t know before, it’s time to put your knowledge to good use. Sign up to a whale and dolphin conservation program in Tenerife.