Six things to know before travelling to Nepal We’ve broken down 6 key things we think you need to know before travelling to Nepal. And since we can’t do it right now, we can dream now, and travel later. Think you’ve got a better tip? Comment and let us know 🙂 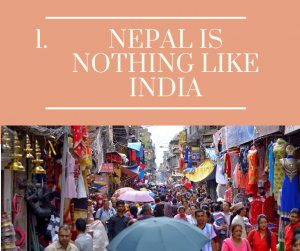 Sure Kathmandu can be hectic and busy like a dusty New Delhi street, and people eat lots of delicious curries and rice, but fairly soon after that the similarities end. The sheer landscape and ominous presence of the mountains change the way Nepali’s approach life. There is a calmness, a stillness, and a humbleness to day to day life. Music is fun and upbeat, but whimsical and floats across the hills. Curries have flavour and spice, but don’t burn or singe your taste buds. Nepal is in many ways, a more chilled out relaxed distant cousin of India, who is cool with being related, but doesn’t hang out too often at family bbq’s. 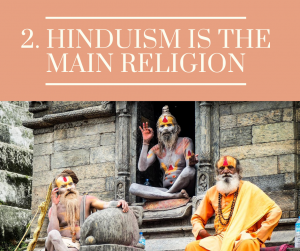 In Nepal, Hinduism is the most common religion. Up until 2008, Nepal was a Hindu Kingdom, with a much cherished ruling monarchy. It wasn’t until a long, costly and drawn out civil war in the late 90’s and early 2000’s that a democratic government and processes was established. Hinduism remained as the primary religion, followed by Bhuddhism. Nepal is considered the birthplace of Bhuddhism as this is where Gautama Buddha was born, in a region near Lumbini, in the southern planes of Nepal. 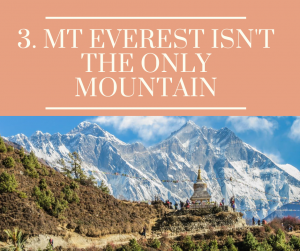 Or region to trek through in Nepal. The Himalaya’s are a mountain range which span 6 countries: Nepal, India, Pakistan, Afghanistan, China and Bhutan; and as such the trekking routes and trails are probably endless. We’ve never met anyone who’s done them all. In ancient Sanskrit language, Himalayas translate to ‘snow abode’. Mount Everest is the highest Peak, but is closely followed by K2 in Pakistan, which sits at just 237m below its big famous cousin. Other popular trekking routes include Langtang, Annapurna, Upper Mustang, Manaslu, and Rara lake. Even if you aren’t an avid climber/trekker/hiker or even walker, there is a mountain adventure to suit you. 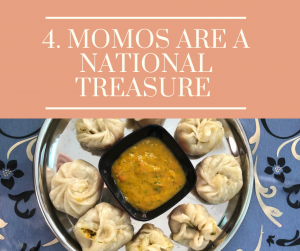 Never heard of a momo? Well, simplest explanation is they are a little like a dumpling. A flour dough, filled with any range of filling (most common is buffalo, chicken or veg) and steamed or fried until it’s cooked through. People will eat momo’s as a snack, as a celebration, covered in chilli sauce, dipped in jhol (soup) or achar (chutney) and finish each one off in one perfect little mouthful. 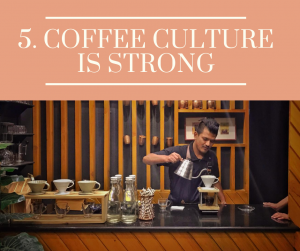 Café culture has seen a boom in Nepal in recent years. Where once there were only a handful of café’s where you could get a freshly brewed cup of coffee, every street has a hip and packed café, serving delicious locally grown coffee.  Fancy a plain old long black, easy. Want a macchiato or affogato that tastes like coffee from the heavens, also easy.  Nepali’s young and old enjoy drinking coffee, though tea or ‘chia’ is still the popular street stall staple. 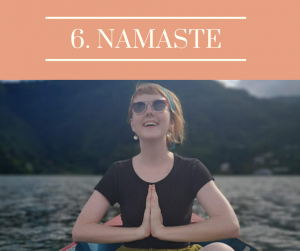 Namaste is as much a greeting as it is an acknowledgment and sign of respect. If you can place your palms together and raise them towards the person you are greeting in ‘Namaste’, you will earn respect from locals around you. Namaste, or it’s more formal version ‘Namaskar’ can be used in greeting, in departure, in acknowledgment, in thanks, in respect, in everything. It is the ultimate tool in your language belt.