The Moken people are a nomadic group, originally migrated from South China, who now reside on islands and villages off of the mainlands of Thailand and Burma. Often referred to as “Sea Gypsies”, their culture has always mainly been characterized by the ocean. They are known to live off the sea, collecting food, freediving, and living on boats separated from the mainland, known as kabangs. This characterization, however, has always caused the Moken people extra discrimination from mainlanders. 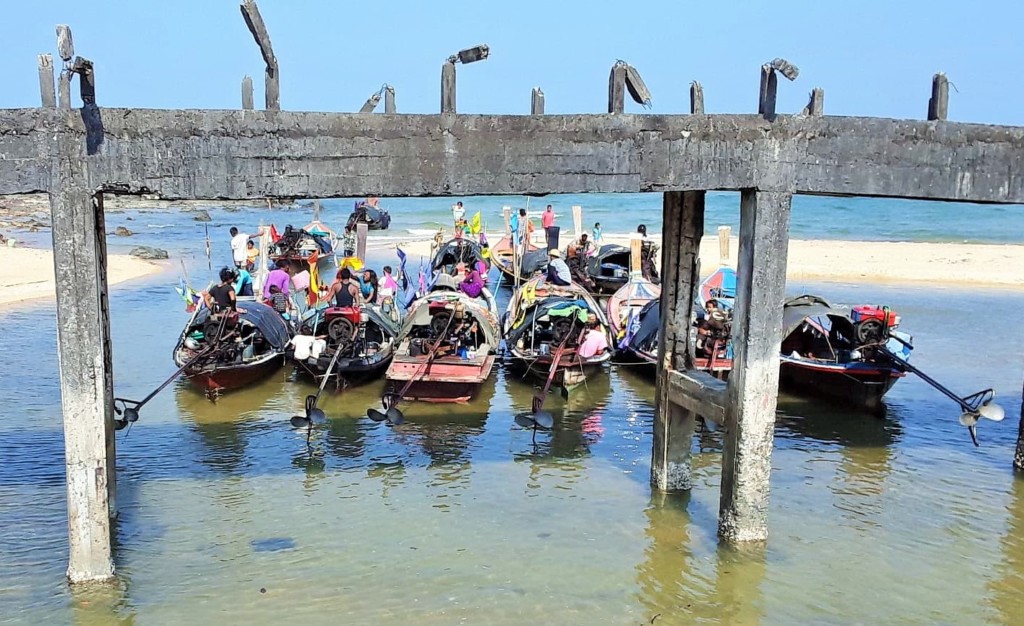 The Moken are hard workers, who appreciate the process behind every part of their survival. Moken families will be seen together spending     hours catching seafood and cooking together on their kabangs, bringing them close together and leaving a special kind of gratitude for every meal. Above all, the Moken are simple people, who do not demand more than what they need. They live a simple life, and are still extremely passionate and thankful for their daily happenings. 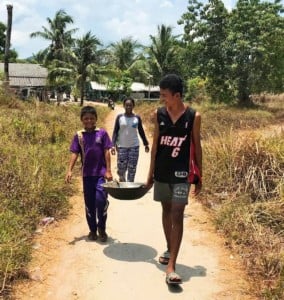 A major and sacred part of the Moken culture lies in their spirituality. Rather than believing in a monotheistic religion based off of a God, Moken spirituality holds the spirits of their ancestors dear. This is important, as it bounds the community even closer. Unlike most major religions today, the basis of their spirituality brings family even closer together, remembering those they have lost and loved. For a while, the Moken held an annual festival in the fifth month of the year, filled with dancing and drinking to honor those who came before them and bless their community with good luck for the following year.

The festival and their daily lives were suddenly disrupted on December 26, 2004 when a tsunami hit the Moken community, devastating their homes and livelihoods. They named the wave the “laboon”, believing the natural phenomenon had been sent from the spirits of their ancestors as a way to purge evil from their homes. Fortunately, their knowledge of the ocean helped all members of the Moken community to survive the wave. Unfortunately, the Moken people are still recovering from setbacks of the laboon, including the destruction of their homes and for some, having to choose between struggling to survive and migrating to the mainland.

The reason the wave was so detrimental to the Moken lives, as opposed to the Thai community on the mainland, was the lack of resources available for the Moken. They have over and over been excluded from the human and natural rights promised under the Thai Constitution, as the government refuses to recognize them as citizens. Though the Constitution strictly says “all persons” are entitled to these human rights, there has been a constant history of struggle between the two communities. This has caused healthcare and education crises for Moken families, as it is almost impossible for them to access either. 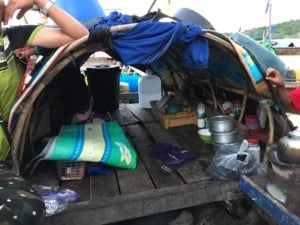 As a result of the tsunami, the Moken people began to receive a lot of attention from the Western world, including mostly European missionaries and also unwanted media coverage. While some missionaries were well intentioned, their attempt to convert the Moken to Christianity was seen as disrespectful and patronizing towards their traditions and culture. Even in deep trouble, the Moken are firmly devoted to their heritage and ancestors. As a community, they decided mostly that the preservation of their culture was more important than receiving aid via assimilation.

Still without the necessary rights to achieve a reasonable standard of living for the Moken, the Thai government began to issue some Thai IDs to mainly only the leaders of the Moken community in the 1982 Citizenship Act. Over the years, more and more members of the community have tried applying for Thai IDs and have been denied, as they are unable to show any documentation of any Thai blood relation. Without being able to access healthcare, most are not even able to obtain a birth certificate. Without a Thai ID, most of the Moken people (alongside the other 500,000 stateless individuals of Thailand) are still living without any healthcare, education, or economic opportunity, further damaging generation after generation. 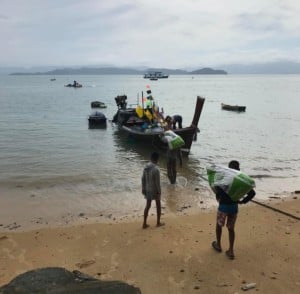 As a way to combat the lack of job opportunities, a lot of individuals have learned to use their skills and the land to support themselves. Most Moken individuals are especially talented in freediving, as they grew up learning to swim and live off the water as soon as they were born. Their lung capacities for holding oxygen separates them from mainlanders, who have adapted to land rather than the sea. Freedivers are of high demand because of this reason, but the job is also highly dangerous, and a handful of Moken have died as a result of the “spins” when approaching the surface of the water.

Another source of income for some is tourism, which is significantly less life threatening, but has been slowing down exponentially as a result of the global pandemic COVID-19, which has restricted travel worldwide.

Still struggling with statelessness and cultural changes, the Moken have tried their hardest to make the best out of their situation, but there is still so much to be done. 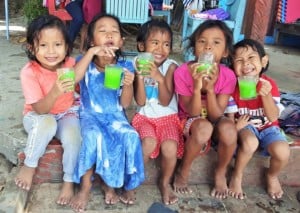 Thank you to Elizabeth Sheridan for the blog post!

How to cultivate environmental awareness in schools
Read More
Six critical global issues: What are the world’s biggest problems and how can I help?
Read More
Why is gender equality important?
Read More
Apply Now
Enquire Now
Call Back Request