Four reasons to visit Lima when volunteering in Peru Have you always wanted to volunteer in Peru but aren’t sure how to make the most of your time in South America? Learn more about Peru’s capital city, Lima – it has something to offer every type of traveler.

Perhaps when you think of Peru, Machu Picchu is the first thing that comes to mind. But in a country with a variety of beautiful landscapes, incredible biodiversity, a blend of cultures, and rich history, there is so much more to do after you’ve hiked the Inca Trail.

Peru has something for everyone to enjoy – exquisite food that fuses local, African, Spanish, and Asian flavors, outdoor adventure activities, lively cities to explore both day and night, beautiful rivers, lakes, and beaches for relaxing and swimming, a rainforest rich in biodiversity, and stunning historical sites and architecture.

Machu Picchu and the Peruvian Amazonia may be what initially draws many travelers to Peru, and South America in general, but Lima is quickly making its way onto travelers’ lists as a must-see city when visiting the region.

Located on the western central coast of Peru, Lima is a city that pre-dates any colonial presence in the region. At the beginning of the seventeenth century, it was the political and administrative epicenter of South America.

Lima’s historic city center is a UNESCO World Heritage site, made up of towering churches, brightly colored balcony-clad mansions, and pre-Columbian pyramids: all of which give its visitors a glimpse into the city’s rich history and make them feel like they’ve transported back in time.

For those that love to explore creative Bohemian neighborhoods, Lima won’t disappoint. Burgeoning neighborhoods like Barranco offer travelers the opportunity to engage and interact with the growing art scene in Lima, and a chance to slow down by visiting art galleries, coffee shops, and local restaurants. 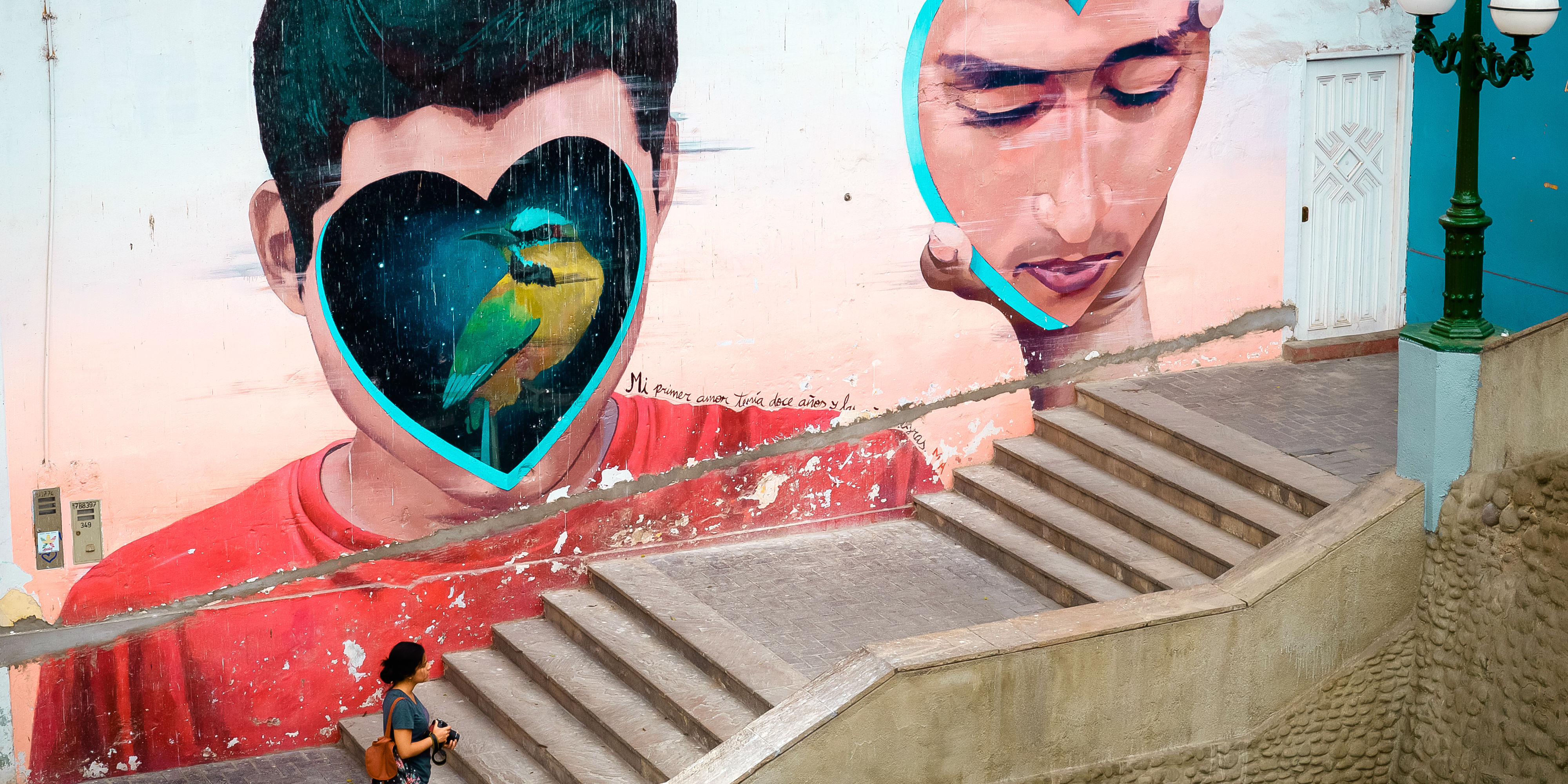 Lima isn’t just for those fascinated by history or interested in exploring urban neighborhoods. Situated along the western central coast, travelers can satisfy their need for the outdoors by enjoying the stunning views of the Pacific Ocean and walking along the many beaches that Lima has to offer. You’ll see locals and tourists alike soaking up the sun, perhaps surfing or swimming as they take advantage of the city’s waterfront location.

As a volunteer in Peru, you’ll likely fly into Lima. Once on your project, you’ll be uniquely placed to learn about Peruvian people and their culture, more so than if you just visited as a tourist. But don’t forget to make time for Lima, either before or after your trip. It will allow you to see a different side of Peru, and dive more deeply into its culture and history.

Here are four reasons why we think Lima should be on your travel itinerary when volunteering in Peru: 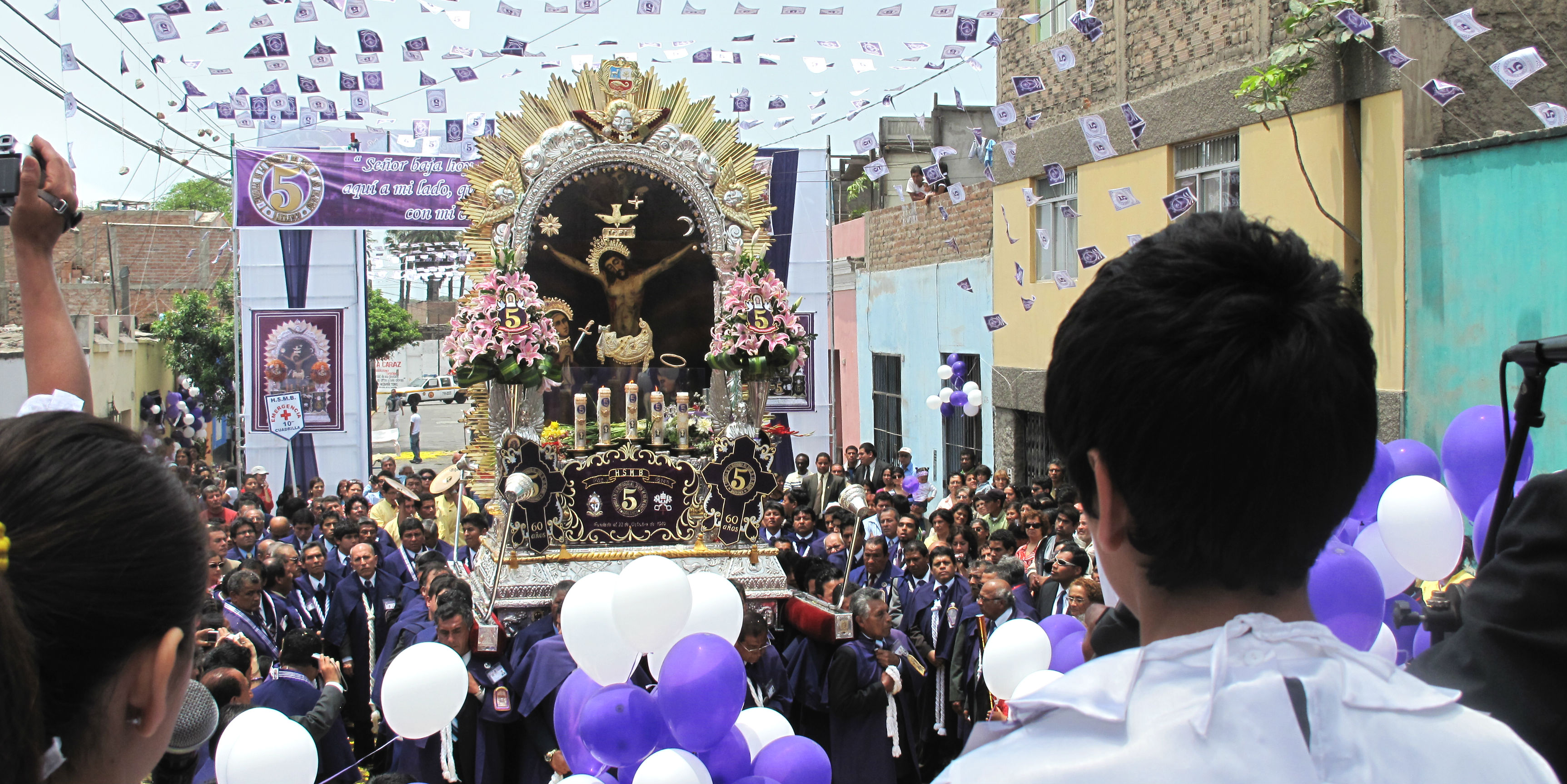 Peru is rich in cultural traditions that represent a true mix of Hispanic and early Incan customs.

Music and dance, in particular, play a central role in Peruvian society. Visitors can experience these for themselves at small bars, known as peñas, throughout the city.

These local hotspots play Creole music, typically accompanied by guitar and the Peruvian percussion instrument known as a cajón These bars can only be found by those who know where they are, so this is a great opportunity to get to know the locals.

Peru is also a spectacular place to be if you love festivals. If you are traveling to Lima in October, you won’t want to miss the Procession of the Lord of the Miracles, one of the largest Catholic processions in the world that takes place in downtown Lima annually. Thousands of people flood to the streets of Lima to participate in this procession and feast, making it a truly unique experience for any traveler. 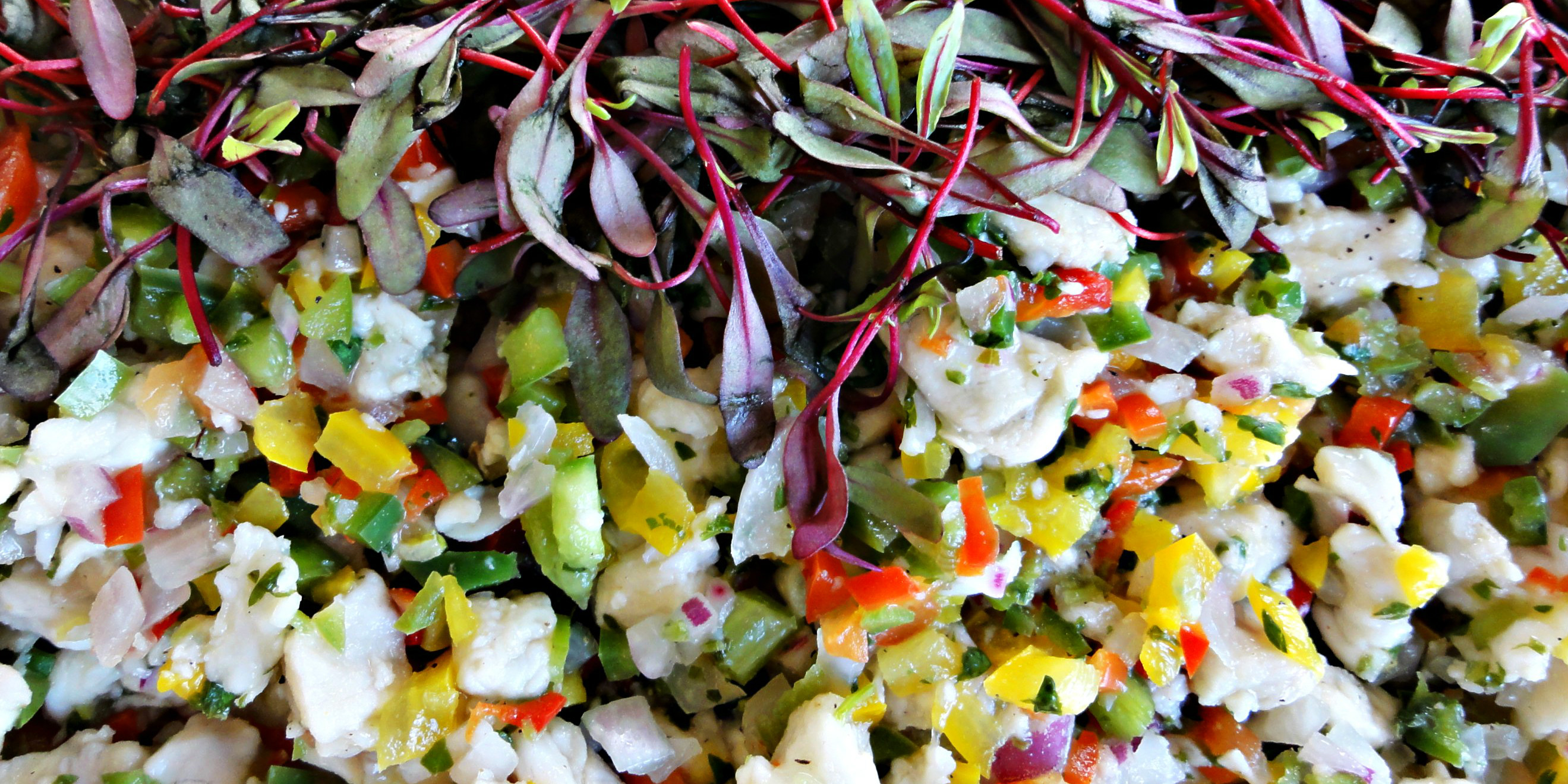 Peruvian food is all about bold and spicy flavors. As in many countries, what’s popular varies between regions. Potatoes are a staple in the Andes mountains, while seafood is more common along the coast and in Lima.

In Peru you will be exposed to dishes that you cannot find anywhere else. Peruvian food has changed and adapted over the years due to an amalgamation of different groups who have settled in the region. It now represents a unique blend of cultures from around the world.

As groups from Europe, Africa, and eastern Asia made their way to Peru, they brought their gastronomic traditions with them, and fused them with local Peruvian favorites. Chifa, for example, is a classic Peruvian dish, and is quite popular in Lima.

It fuses a traditional Peruvian dish with ingredients from Chinese cuisine. Head to the Barrio Chino neighborhood in Lima, where you will find streets lined with restaurants serving Chifa.

When in Lima, you’ll also want to try fresh ceviche, anticuchos (seasoned beef heart), the Peruvian-Japanese blended style of food, Nikkei, causa rellena con pollo (a chicken sandwich, where potato is used instead of bread), and picarones (doughnut like, but made from sweet potatoes and green squash, topped with aniseed and cinnamon, and drizzled with sugar, passion fruit, or fig cane syrup). 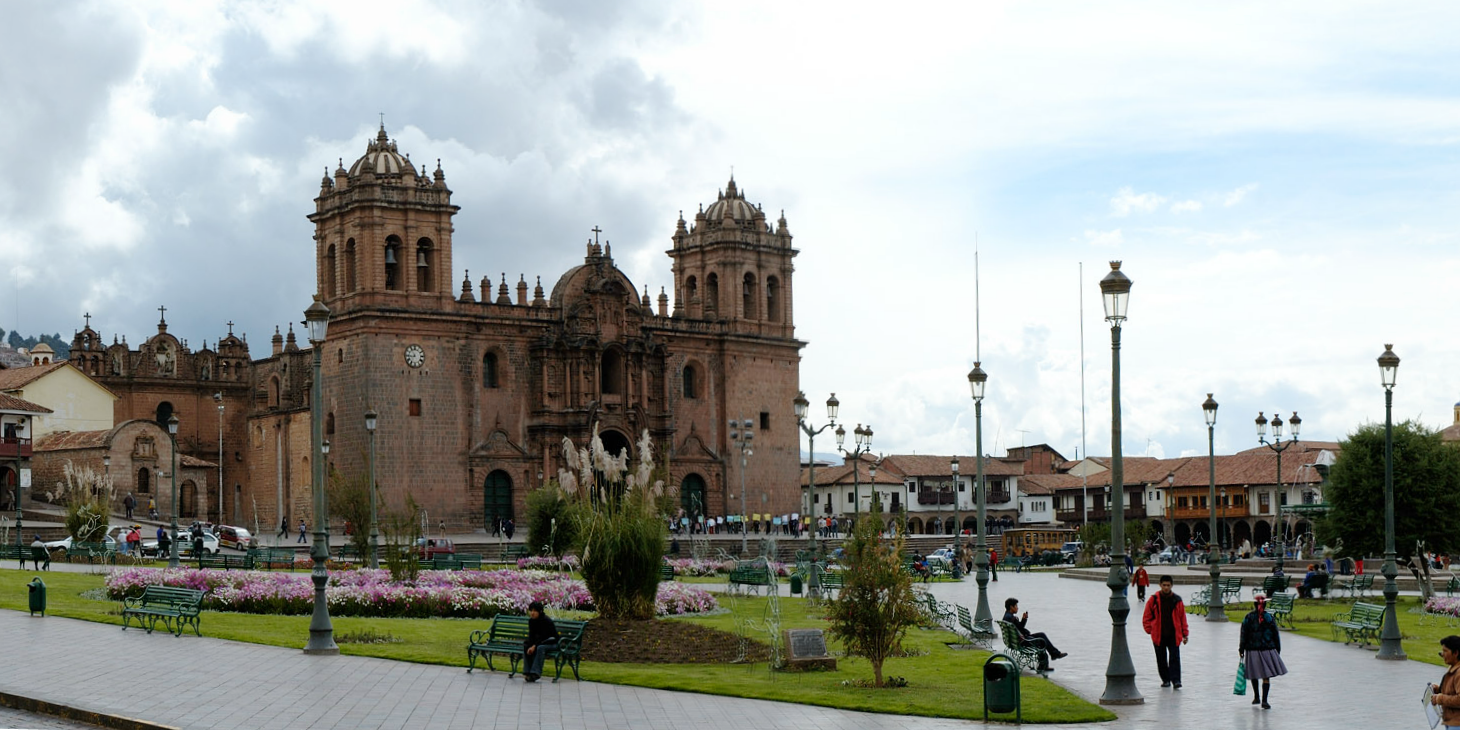 Lima was once known as the City of Kings, named by Spanish conqueror Francisco Pizzaro. But the Inca name for the area was Rimaq, which was more informally called Limaq. This was eventually shorted to Lima.

Not only was Lima the political and administrative capital of South America, it was also a cultural and economic heavyweight that played an important part in the development of the region.

For those looking to explore deeper into Peru’s history, a visit to Huaca Pucllana is a must. Situated in the newer upscale suburban district of Minaflores in Lima, the pre-Inca temple is where sacred ceremonial games were played. As empires rose and fell, the temple’s purpose changed. It was largely abandoned except as a place of worship, sacrifice, and sometimes burials. 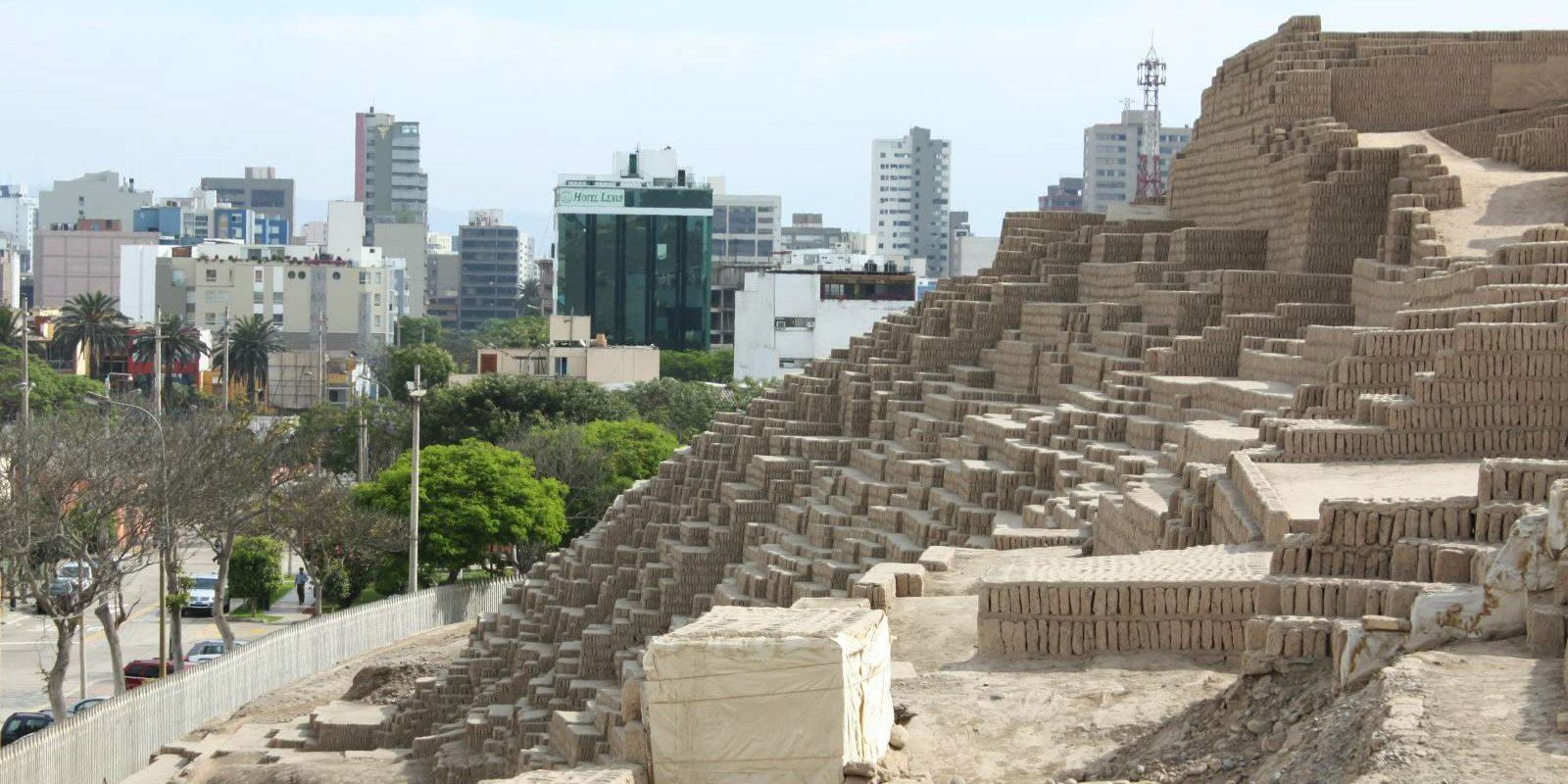 Taking a tour of the Basilica and Convent of San Francis is also highly recommended. It is one of the oldest monasteries in South America and it is a brilliant display of Moorish architecture, complete with libraries, winding staircases, and, perhaps most famously, catacombs. These catacombs house the skeletal remains of those who opted to be buried closer to the alter in order to be nearer to God.

Looking for other historical sites to check out in Lima? Take a look at Cemeterio Presbitero Matias Maestro, the San Inquisición Museum, and the Plaza de Armes at the historic city center.

What makes Lima so great for all kinds of travelers is that it has no shortage of activities to enjoy, from urban exploration to outdoor adventure.

Not surprisingly, much of Lima’s outdoor appeal comes from its coastal location. Locals and tourists enjoy its many beaches and surf spots, especially along the Miraflores seashore.

Those who are eager to see the ocean from above can go paragliding – a truly wonderful experience where you’ll feel like you’re floating in the air as you soak in the natural beauty around you. 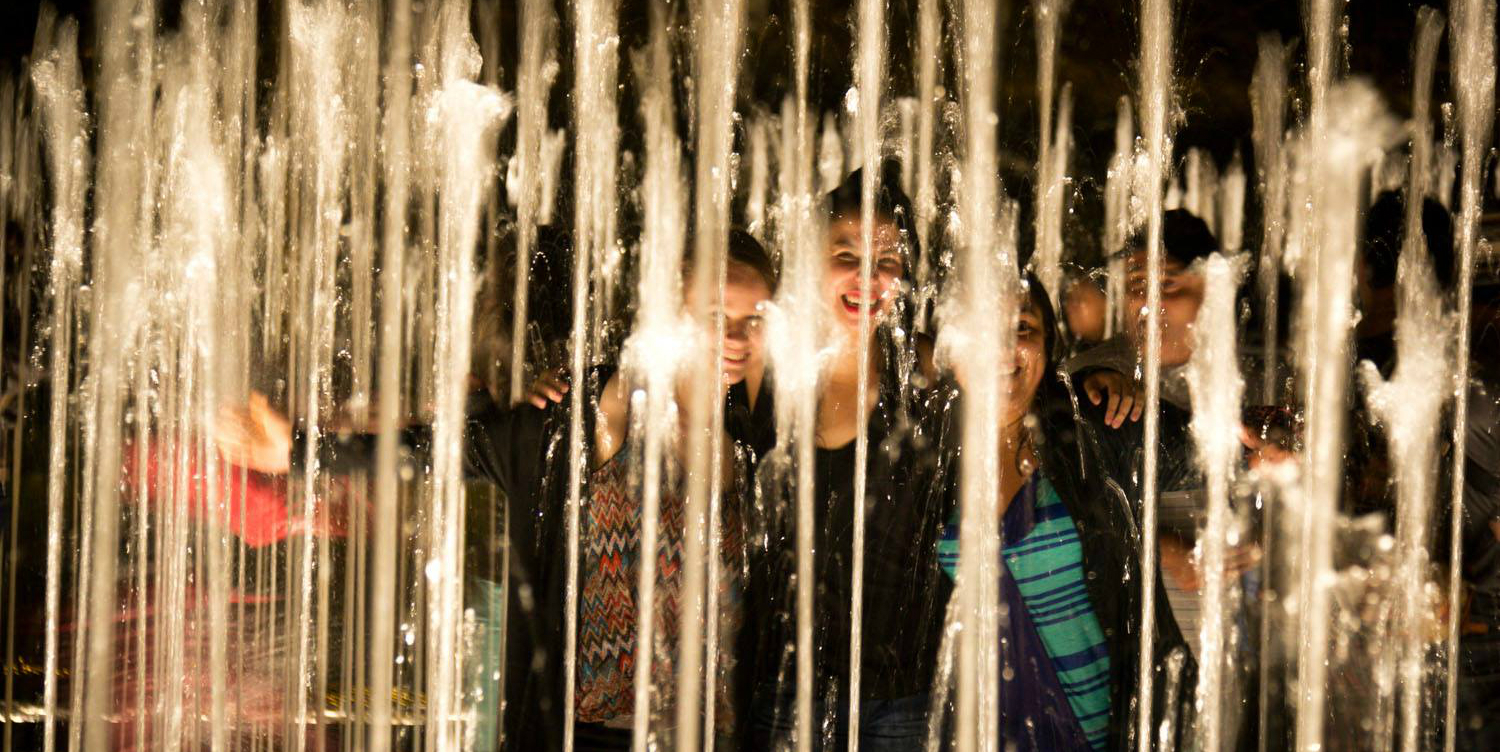 Lima has no shortage of parks for those who love to stroll around the city while also taking in nature. Parque de la Reserve is located downtown and is home to multiple fountains that are part of the Magic Water Tour, a unique water and light show that has become one of Lima’s most popular attractions.

Renting a bike is a great way to meander around the city and explore its parks – you can do it solo or join a tour to get more of a local’s perspective on the city and all it has to offer.

Whether you’re looking to teach, help cultivate local business skills, or promote women’s empowerment, a visit to Peru would not be complete without exploring its capital city of Lima.