Bhutan: The first carbon-negative country in the world 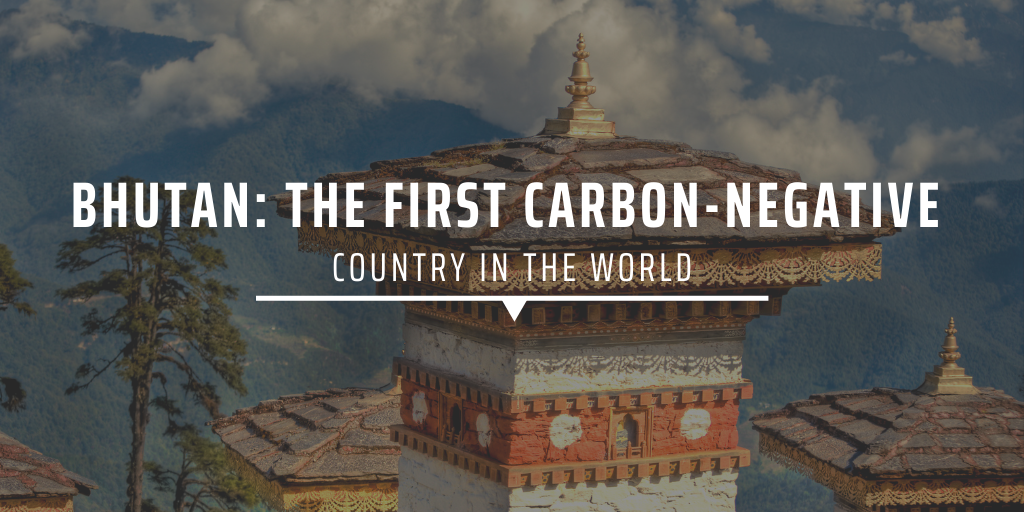 Fog-enshrouded temples nestled in mountainous terrain give you a glimpse of what makes Bhutan a top-travel destination. But this country has an added bonus: it’s a carbon-negative country, and was the first to carry a carbon-negative status in the world.

Despite its appeal, not many people travel to Bhutan. This is because the government of Bhutan has put steps in place to prevent massive amounts of tourists from entering the country at any given time.

And this is just one of the ways that Bhutan is making a commitment to conserving its environment. In fact, this country has emerged as a dark horse in both political and environmental progression.

The government of Bhutan has a history of basing political decisions on a Gross National Happiness (GNH) index, and abandoning economic growth as their compass. It’s the only country in the world to make such a switch and the first country to become carbon negative.

Coincidence? We think not.

Read more: Gross national happiness in Bhutan: The big idea from a tiny state that could change the world.

What does it mean to be carbon negative? 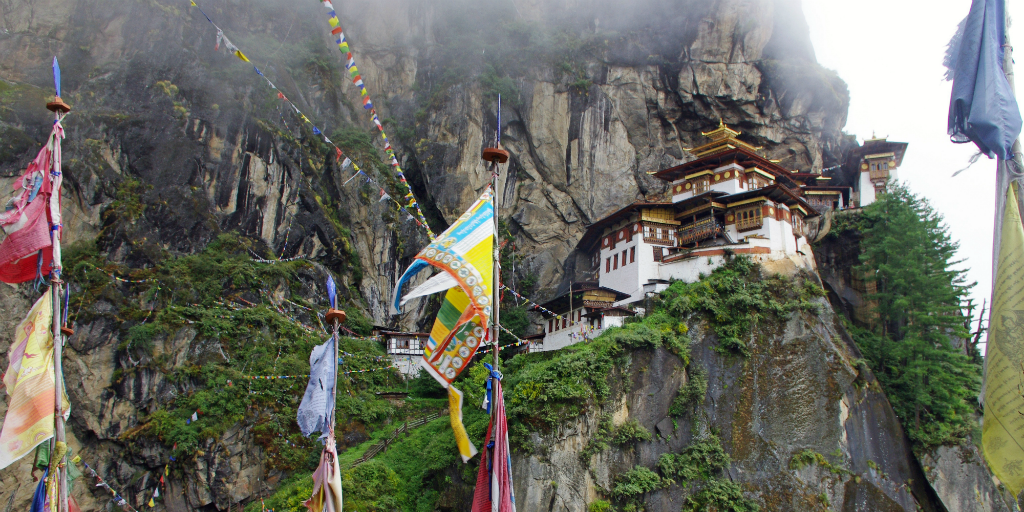 Carbon dioxide is the leading greenhouse gas emission produced by human activities – like commercial agriculture, forestry and the burning of fossil fuels. High levels of carbon dioxide increase the amount of heat that is trapped in the atmosphere, this is one of the causes of climate change.

Most countries produce far more carbon dioxide than the world’s oceans and plant life are able to absorb. These countries are contributing to the effects of climate change in a big way.

Further reading: Six animal species and how they are affected by climate change

But the Kingdom of Bhutan stands out from the crowd. More than 70% of the country is covered in trees. This large amount of tree cover has seen Bhutan becoming a carbon sink – meaning that it absorbs more carbon dioxide than it produces. Bhutan’s forests have the capacity to absorb millions of tons of carbon dioxide annually.

Bhutan also exports most of the renewable hydroelectric power that it generates from its rivers. This massively counteracts the country’s contribution towards carbon emissions each year.

How Bhutan became a carbon-negative country 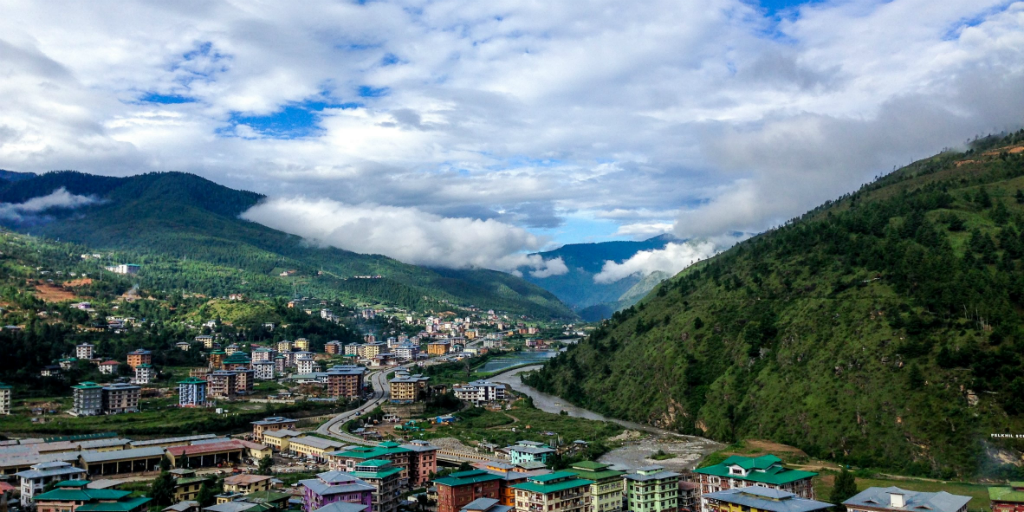 Because Bhutan’s political agenda is based on their GNH index model, environmental protection quickly became a top priority.

It started back in 2009 during the Fifteenth United Nations Climate Change Conference of the Parties (UN COP 15) in Copenhagen. Here COP’s member states made a promise to remain carbon neutral for all time. At COP 21 in 2016, Bhutan reiterated that promise.

Here are some of the ways Bhutan became carbon negative:

Bhutan’s unwavering focus on reducing its negative impact on the environment and the promotion of environmentally-friendly practices has had positive results within the country, and worldwide. It shows the world what is possible, and how any country can look into reducing its carbon emissions.

What does the future hold for Bhutan?

Bhutan has a big carbon-negative reputation to uphold, and even bigger plans for the future.

By 2030 Bhutan plans to reach zero net greenhouse gas emissions and to produce zero waste. This means putting a comprehensive plan of action into place, with items such as increasing its reliance on renewable energy sources – like wind, biogas, and solar power. 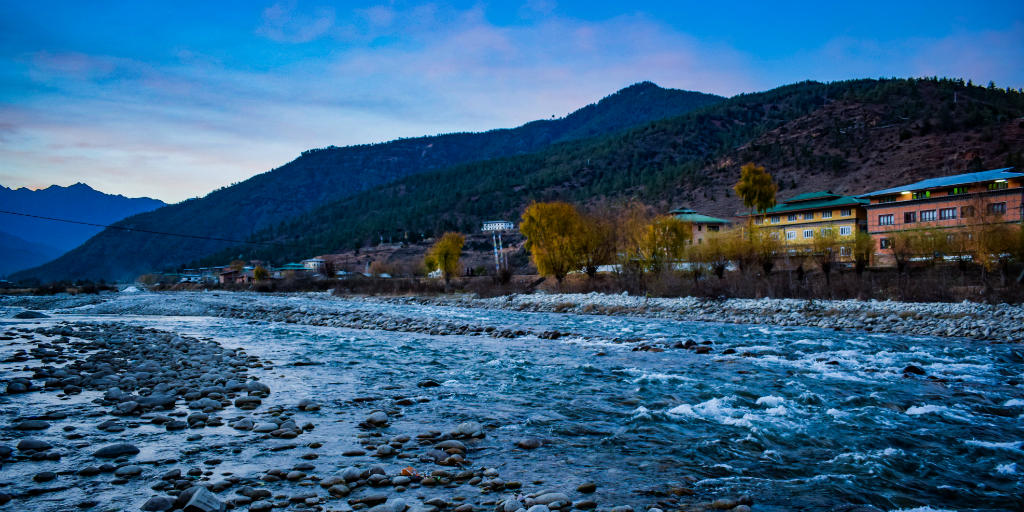 Other creative environmental initiatives in Bhutan include a partnership with Nissan to provide the country with electrical cars. Bhutan hopes to eventually replace all vehicles that rely on fossil fuels with those that run on electricity. The government has also started providing rural farmers with free electricity in order to lessen their dependence on wood stoves for cooking.

And they didn’t stop there. Even more trees have been planted. In June 2015, volunteers set a world record in Bhutan by planting 49,672 trees in just one hour.

In addition to this, every year the government of Bhutan sets aside resources that are used to conserve parks. These resources support activities that prevent hunting and poaching and assist communities who live in parks to manage natural resources efficiently.

His talk ended with the message: “I invite you to help me, to carry this dream beyond our borders to all those who care about our planet’s future. After all, we’re here to dream together, to work together, to fight climate change together, to protect our planet together. Because the reality is, we are in it together.”

Bhutan’s incredible carbon-negative efforts have shown us how we can address climate change with compassion, commitment and creativity and come out on top. 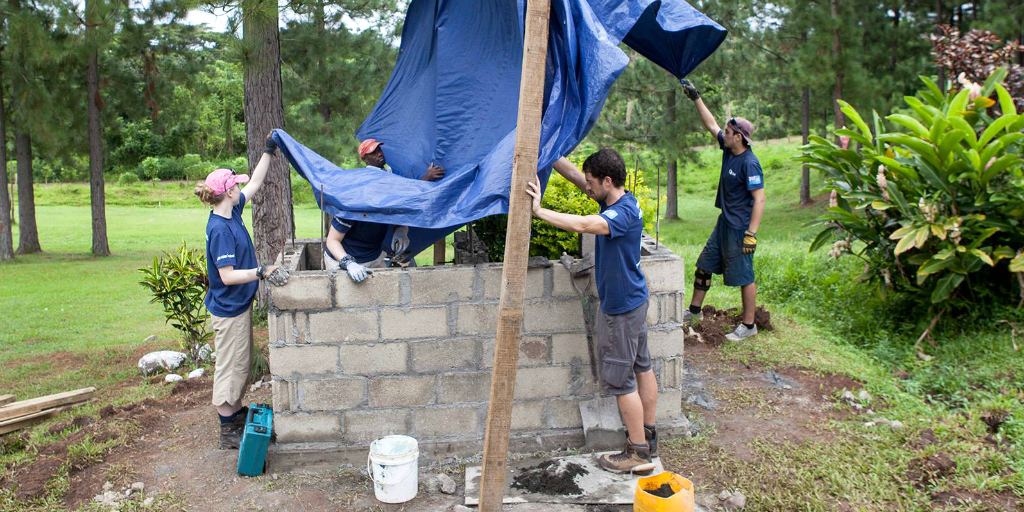 This image was taken pre-COVID-19.

Take a look at GVI’s virtual internships and online courses that can get you up to date on global environmental issues. Then, get ready to contribute towards environmental conservation in the field by volunteering abroad!